Allison Martinson: Remember, You Have a Baby Now 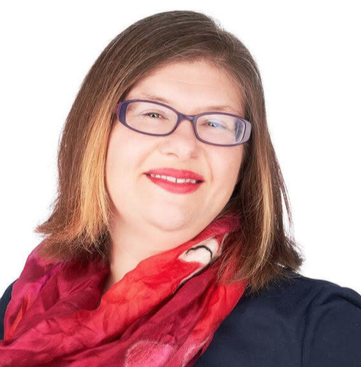 When I announced my pregnancy at work, my boss was the first to scold me about my activity in the community. In addition to my full-time job, I sat on a board, did some volunteer work for a local farm-to-table organization, and enjoyed networking events from time to time. All that, she warned, would have to change. “Remember, you have a baby now.” When my daughter was born in May 2016, I watched those important pieces of my life slip away in favor of motherhood. My identity began to shift from emerging leader to mom. I stopped most activity that wasn’t baby-focused until the night I stayed up for the 2016 Presidential election results.

Stunned is the best word I can use to describe the moment I realized my six month old daughter would live in a nation that had just elected Donald Trump. Like many mothers of daughters I’ve met since that day, I wept. I screamed. I questioned everything. What had we not done? What was happening? How could our country openly welcome his tyranny, his oppression? I was determined to do something to help take back what we’d lost with Clinton’s defeat, but at the time, I was the mom of a six month old baby. Defeat felt like a weight on my shoulders until someone asked me to run for office.

We met by chance at a breakfast for Madison’s Women in Technology. At the time, she was applying for an appointment to City Council, looking for supporters who could help her secure the spot. Her daughter was only a few weeks older than my own, nibbling pancakes while we chatted about motherhood, technology, and politics. As we swapped stories about raising daughters in Trump’s America, Emily smiled and asked: “Have you ever considered running?” I guffawed. Me? “I have a baby and a job. I’m not qualified to run for office. That’s crazy!” Still, Emily was determined to encourage as many passionate women to run for office as she could and began inviting me over for playdates.

About an hour after my district alder stepped down from his seat two years later, Emily texted me. This is your moment. Let’s do this. I’d been struggling with my work and my identity for months, battling postpartum anxiety and depression, and considering my WHY when I agreed to go for it. During the appointment process, eight applicants competed for the spot. I was the only parent of a child under five, and one of only two women in the room. I spoke about the opportunity to represent my district as a working parent of a young kid, a household that needs three incomes to stay afloat, a representative that will actually represent its constituents. And when I lost the opportunity, the appointee and several members of the City Council encouraged me to run for the open seat.

I started running while still battling postpartum mood disorders and quit my job in the weeks before my race began. When I told my colleagues I was running for office instead of working with them, I got a few half-hearted “Good Luck’s” and one small donation. In the six months of my campaign, I felt more like that emerging community leader than I’d felt in the five years at my non-profit job. When voters questioned if I could juggle motherhood and City Council duties, I replied simply: I’m doing this for her. In Trump’s America, my daughter needs to know that women, that mothers are prepared to run for office and stand up against tyranny and oppression. A month before my election, I stopped experiencing postpartum mood disorder symptoms. I felt strong. I felt ready.

Running for office changed my life, even though I lost by 116 votes. In the days after my loss, I began working to support other moms who had run, wanted to run, intended to run. And I’m supporting mothers running for president because I believe my daughter deserves a woman’s voice in the Oval Office. With all my free time after the campaign, I applied to graduate school and was accepted. I’m studying childcare and the barriers that mothers face as emerging leaders. I believe in a world where mothers will never hear, “Remember, you have a baby now” as a reason to stop living up to their potential. My baby, and all our babies, deserve parents who are leaders, change-makers, dreamers, and doers.

Allison Martinson ran for Madison City Council, District 19, in 2018, and won 48.4% of the vote. For more about Allison, visit her website at www.aemartinson.com, or to her Linkedin profile at  https://www.linkedin.com/in/allison-martinson/